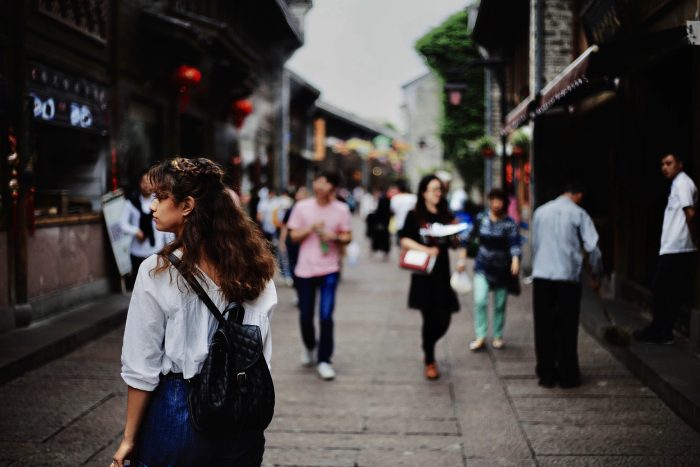 Increasingly, social actors from outside the journalism business, including bloggers, commentators, coders, and Web analytics managers participate in the making of news and reshape journalism. This process also includes non-human actors such as algorithms and automated systems.

The researchers analyzed various data including news articles, website entries and content on microblogging and vlogging platforms. In addition, one researcher conducted field observation, including interviews and participant observation, of LGBT community organizations and niche media in Beijing during summer 2019.

The researchers look at 1) the role of the noninstitutional actors in journalism, 2) power dynamics driving the info flow in news ecology; 3) political-economic and sociocultural contexts.

The visibility of LGBT individuals and organizations depends on their ability to bypass professional journalism from bottom up in the news ecology. Media depicting LGBT scenes is strictly regulated in state outlets, and private technology companies need to conform with the authorities. The nascent self-media gives opportunities for the fringe voices of sexual minorities.

Individuals broadcasting their views using platform devices is the most influential LGBT news source. Beijing LGBT Center Weibo has 20,000 followers and uses the channel to publicize special campaigns and events, like “My Summer with Trans” as part of efforts to counter transphobic bullying.

There are also other LGBT outlets. Nonprofit VCLGBT is micromagazine with over 13,000 posts and operates a WeChat account, one for suicide intervention and one for general inquiries. Further at the periphery lie individuals active on the platforms.

Censorship in the media is more than targeting ´obscene scenes´, the researchers note. Once LGBT issues become associated with civil rights, they are targeted for censorship. The self-publishing platforms are curtailed indirectly by self-censorship and keyword monitoring. Should sensitive keywords be high in WeChat groups, they can be forcibly disbanded. However, the low cost of publishing allows for peripheral actors to operate.

Dynamic and dialectical forces at work

“The technologization of news acts presents a networked power structure within which peripheral actors are situated and of which they negotiate”, the researchers argue.

The authors find that LGBT self-media producers are both empowered through niche networks, and burdened through infrastructural marginalization. Generally, the fact that ´counterpublics´ can be empowered in the technologized news ecosystem has both a positive and a negative impact, as both civil rights groups and antidemocratic forces can utilize the periphery.

The article “The Technologization of News Acts in Networked News Participation: LGBT Self-Media in China” is in International Journal of Communication (open access).