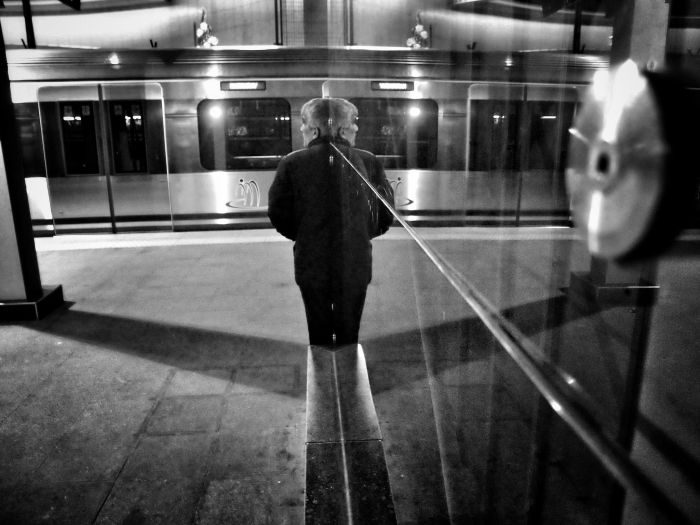 Ethnographers immerse themselves in the social world of a relatively small community and observe from the inside “how people lead their lives, how they carry out their daily round of activities, what they find meaningful, and how they do so”1. My latest article, “The Fall of the Public and the Moral Contestation in the Journalistic Culture of Turkey” draws upon some of the findings of a year of ethnographic fieldwork and semi-structured interviews (2011–2012) conducted in the newsrooms of two national primetime television channels in Turkey.

In my fieldwork, I participated in the daily routines of different newsroom settings, joined the conversations of journalists in these settings, and above all observed what was going on. This research yielded insights about the diversities and conflicts in the day-to-day practices and interactions of news practitioners – insights that cannot be obtained by any other means of research. It is, however, my contention that in a highly polarized social and political climate, as in Turkey, an ethnographic study on journalism should also capture the impact of competing macro structural forces upon ethnographic encounters at the micro level.

No common good, no ethics

How do rising authoritarianism and social polarization affect ethical behavior and consideration of journalists? To answer this question, the article examines the features of journalistic activity without its normative connection to the public in the Turkish context.

The ethics of journalism fundamentally depend for its existence upon the journalists’ commitment to inform the public, protect the public’s right to know, deliberate on the public good, and serve the public interest. Yet the connection between the public and the journalistic ethics cannot fully be grasped unless if we take into account the political and cultural context in which ethical practice in journalism are embedded.

The public sphere is a space of communicative action in which common values and consensus are generated2. The secularist consensus that underpinned the public sphere until the 2000s was the principal source of what the public interest and common good in Turkey should be. Today, the Islamic AKP’s fifteen-year single-party rule challenges the secular constituents of the country’s public sphere. The AKP-friendly media outlets grow by criticizing Turkey’s secular establishment and engaging in propaganda more than they do news reporting. Yet, the pro-AKP media is fragile, as its existence is bound to the political fortunes of the AKP.

Facing domination and exclusion, the opposition camp of journalists sometimes complies with the AKP regime or tries to resist it with little concern for objectivity and accountability. The fundamental difference in the political experiences and values of journalists renders them unable to establish a normative consensus and widely respected professional codes of ethics.

One of the channels I researched is widely recognized as secular, and sometimes opposes the current AKP government. The other is an Islamic channel, and is a hardline AKP supporter. A comparative study of these two contrasting channels allowed me to clearly discern the consequences of the recent increase in Turkey’s social polarization upon the news media, which impinges upon journalists’ ethical practice.

All the information I collected during my ethnographic research enabled me to build up an understanding of contradicting values and ideologies operating not only in news-making activity, but also in the cultural and political life of the country in general. The investigation of news media as sites of ideological polarization and battle requires the ethnographer to focus on contestation, diversity and change rather than the generalities of order, homogeneity and routine, which is different from the way the classical texts3 approached the subject.

Dr. Ozan Aşık is a Lecturer at the Department of Sociology at Uludag University, Turkey. His article “The Fall of the Public and the Moral Contestation in the Journalistic Culture of Turkey” was published in the Middle East Journal of Culture and Communication. You can find him on Twitter: @_OzanAsik or reach him via email: [email protected].

About this text: Journalism Research News publishes guest articles from scholars who want share their views on journalism research and research practices. Would you like to contribute? Contact us, we would be happy to hear from you!