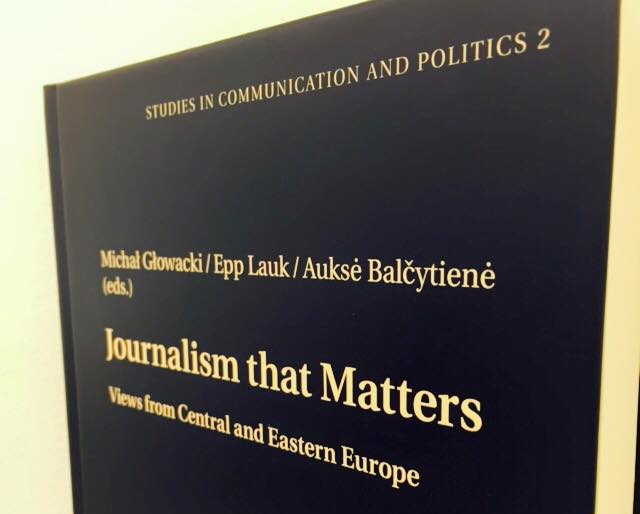 A new volume in the series Studies in Communication and Politics, published by Peter Lang, is out. Journalism that matters: Views from Central and Eastern Europe features ten chapters detailing the states of contermporary journalism in CEE countries. The book is edited by Michał Głowacki, of University of Warsaw, Epp Lauk, of University of Jyväskylä, and Auksė Balčytienė, of Vytautas Magnus University.

In addition to issue-oriented chapters the volume addresses certain countries in particular: Poland, Bulgaria, Serbia and Russia all have a chapter dedicated to them. The underlying theme of the book is the evolution and quality of journalism in post-communist CEE countries. Attention is paid not only to political and economic changes; internet, too, has impacted journalism in the East, if not identically to how in the West.

Further information of the book is available on the publisher’s website, here.

Václav Štětka: The watchdogs that only bark? Media and political accountability in Central and Eastern Europe

Péter Bajomi-Lázár: How the internet changes journalism: some trends in the ‘West’ and ‘East’

Bissera Zankova & Svetlozar Kirilov: Watchdog or underdog: how ethical is the Bulgarian media?

Epp Lauk: Similar, but so different: the practices of press councils in Estonia and Finland.