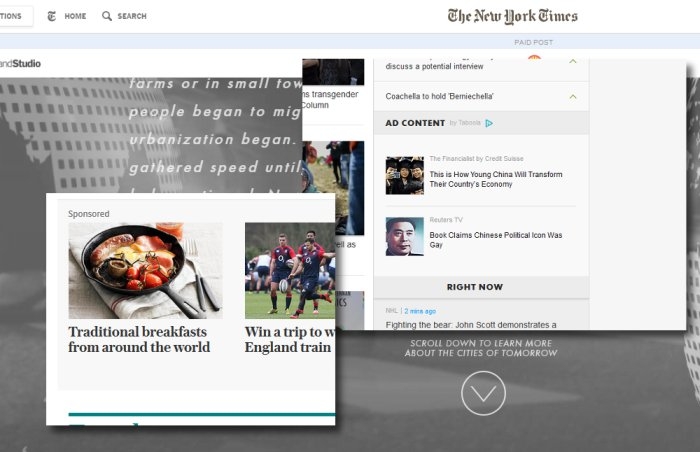 The use of native advertising in online news platforms is not extensive yet. Patterns in the ways they are used can be seen, even though there are big differences between countries. Disclosure of the commercial intent is mostly used, even though not always very clearly. The research by Raul Ferrer Conill of Karlstad University examines the increasing trend of adopting native advertising in digital editions of legacy newspapers.

Article explores the use of native advertising, i.e. commercial content delivered within the design and form of editorial content, in digital editions of 12 distinguished newspapers from Sweden, Spain, United Kingdom and United States. Advertisements were selected from the period of January 2015. Advertisements were analyzed in terms of type, form, function, integration, measurement, disclosure, and authorship.

The article “Camouflaging Church as State – An exploratory study of journalism’s native advertising” was published in Journalism Studies and is available here (free abstract).