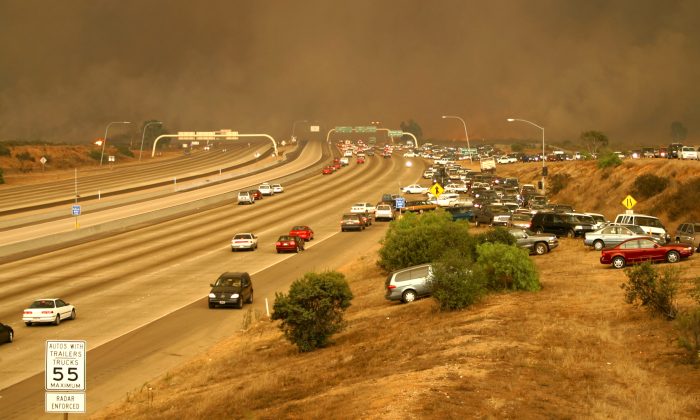 “With findings that news framing is presenting a hazard only in terms of capital value when citizens suffer a multi-layered loss, scholars must question why certain frames are dominant and others nearly absent”, Carol Terracina-Hartman of the Bloomsburg University of Pennsylvania writes in a new study.

She examined 10 historic US wildfires using the concepts of framing and social cohesion. Articles about wildfires from the period of 2003-2013, after data cleaning (n=897) that mentioned “forest fire”, “brush fire”, and “wildland fire” were chosen for the study. The study looked at each dominant frame of the reportage.

Frames about problems, conflict and threat

Framing theory studies the patterns in selection of attributes for discussion about a particular object, in this case the wildfires. Framing is process where a selection of some aspects of reality are made more salient in a text in discussing an object, often to promote a particular problem definition.

They were thematically divided: frames such as “problem”, “conflict”, “threat” were identified. Cross-tab analysis shows that “citizens” category appeared with “conflict” and “threat” themes.

Media frames can compete when originating from different platforms. A meta-analysis of gain-loss research indicates one frame is not more persuasive than others, but a meta-analysis reveals that certain frame types may generate emotional responses, the author writes. Social cohesion theory predicts that a natural disaster beyond the community’s control can bring people together. However, human-caused or technological disasters lead to division.

Results show the use of sources and types of framing

The analysis shows that agency personnel and citizens are nearly equal as sources, with scientists later in coverage. Also interestingly, 192 articles lacking a quoted source completely.

The reactions were in line with social cohesion theory: if it is a natural cause, the frame was usually threat and capital resources. When there were loss of the life of a firefighter, the problem frame changed to feature fewer and shorter updates on fire status, and narrative changes to frame the incident on human impacts, the author finds.

The author found potential misalignment in framing, as “the possibility exists that reporting wildfire contributes to social conflict in human-caused events”. Stressing the threat and money lost might obscure social conditions involved in these hazardous events.

Media researchers should continue studies on portrayal of natural and human caused hazards and include factors such as climate change, the study concludes.