The second set of todays parallel sessions of journalism studies featured subjects  A) “Practises of journalism: understanding the newsroom” and B) Business strategies in journalism: paywalls, start-ups and crowdfunding. Our recap focuses on the latter subject.

The first speaker of the set was Dimitri Pradner who had (in collaboration with Susanne Kirchhoff and Roman Hummel) conducted a study about business strategies of news media organizations.

Next up was Helle Sjøvaag who delved deeper into the business strategies by the way of paywalls. Her study focused on the pre- and post-paywall content strategies in Norwegian regional newspapers.

Paywalls can be divided into two categories: content-based and frequency-based. Content-based paywall will provide more content to subscribers, whereas frequency-based model limits eg. number of articles a free user can read in a day/week/month.

Sjøvaag studied three Norwegian local newspapers for a week for three years (2012-2014). The sample size was 5174. She noticed that relatively few stories are published exclusively behind a paywall.

Usually news such as accidents and sports are free to use, whereas politics are behind a paywall.

Tamara Witschge presented next on Passion, Politics and Play in Journalism Start-ups. They have used a “bottom-up approach” to research start-ups.

“To get at the personal, the playful, as well as the passionate and political drives, we employ a method of data collection grounded in the methodology of focus groups: we host one or more informal meal(s) at which new news producers tell stories, share their passions and frustrations, question each other critically, and collectively reflect on their doubts and insecurities. Where needed these are complemented by personal, one-on-one conversations to follow up lines of inquiry more in-depth. Such an approach, we argue, provides more insight into why news matters to these producers, and forces researchers to step out of the ivory tower from which it we have long critiqued the functioning of media in general, journalism and journalists in particular.”

Here is what they found out. 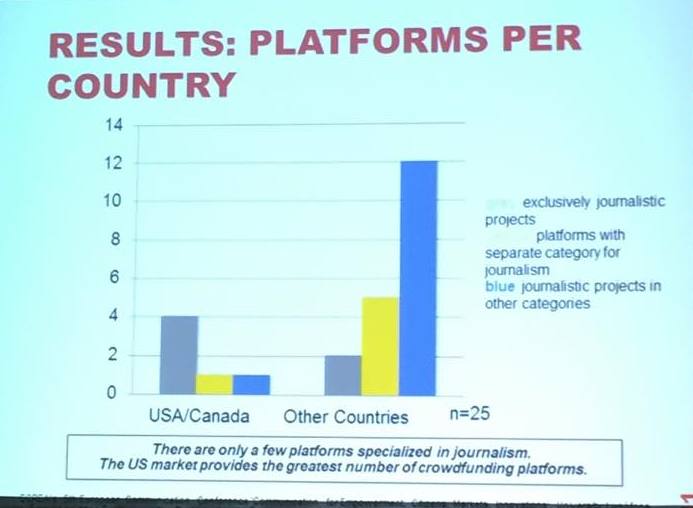 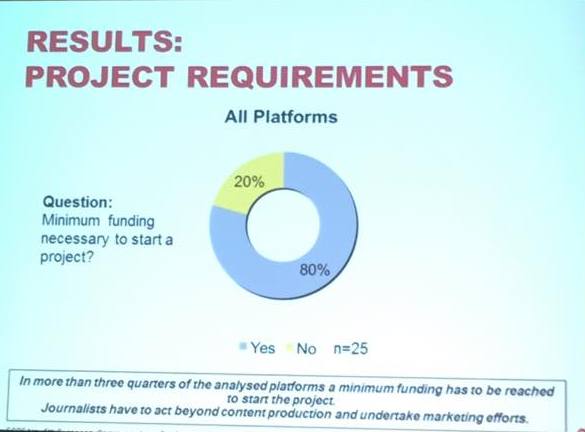 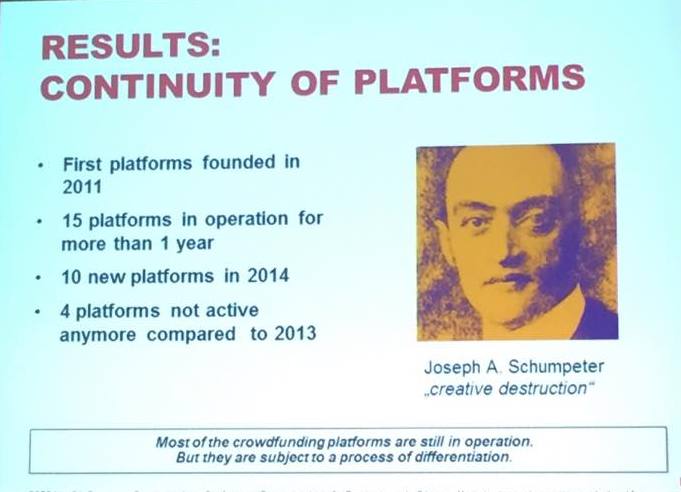 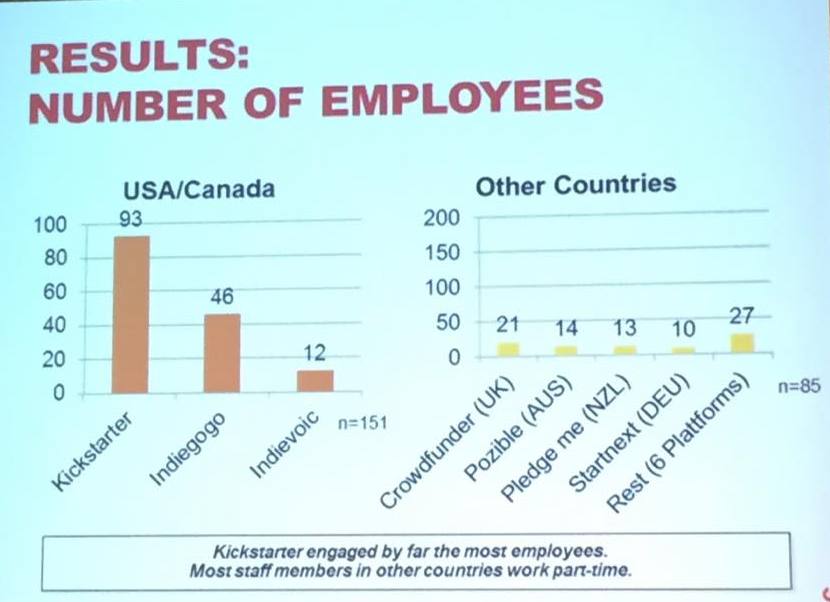 Additionally, journalism doesn’t seem to be a “hot topic” for crowdfunding. Even fewer succeeded. Kickstarter hosted 171 559 projects, Startnext 3 593, out of which only 426 and 60 (respectively) journalistic projects succeeded. Crowdfunding does not seem to be able to provide significant funding for journalism.