ECC ECREA 2014 session about Digital Culture and Communication was separated into two categories: Journalism and Public Education (A) and Big Data Under the Lens (B). The latter featured subjects from ontology of media use to analysis of big data on Twitter. 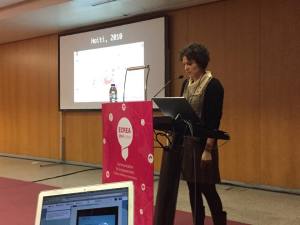 Stefania Milan from Tilburg University spoke about data activism and about mobilization taking a critical stance towards massive data collection. There are two forms of activism: re-active and pro-active. Read her abstract here. 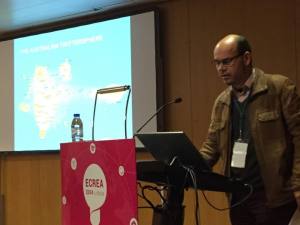 Axel Bruns et al. (Queensland University of Technology) have conducted a research about Australian Twittersphere using big data. The findings are as follows: under 3,5% of accounts are protected. Celebrities often verify their accounts. Teens are very active tweeters. The TV show Big Brother played a big role in 2009, and this can be seen as the first take-off point of Twitter use in Australia. The second wave of adoption of Twitter came two years later in 2011. Next the research group is trying to detect so-called key accounts, and to map Norwegian and German accounts. Their intention is to compare data between these countries for more conclusive results.

The slides of this presentation are also available online.