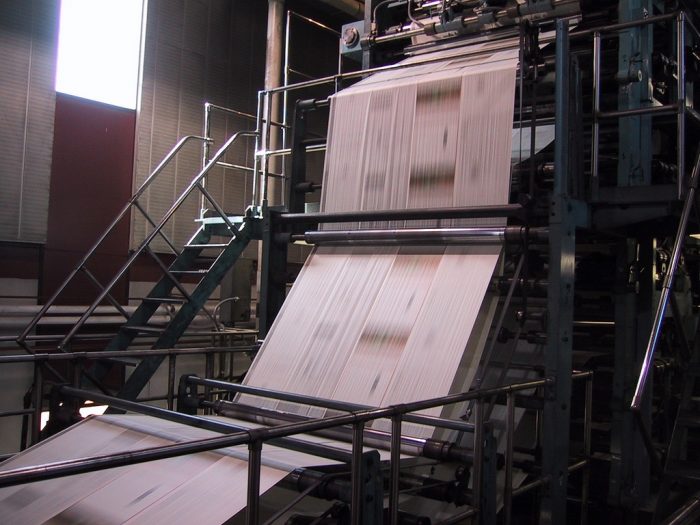 Newspapers in the Dutch speaking part of Belgium have for large parts relied on cutting costs to adapt to a declining market, Miriam van der Burg and Hilde Van den Bulck, both of University of Antwerp, write. The authors analysed the finances of eight Flemish newspapers from 1990 to 2014.

During the observed period the Flemish newspaper market has shifted from a “mature” market into a “declining” one, the authors note. Papers are suffering a decline in demand, while simultaneously going through financial crises and fluctuations in advertising revenue.

Despite facing hardships, the papers have been able to remain profitable. This is largely due to cutting costs through mergers and lay-offs. The papers’ staff numbers have declined faster than the related expenses, suggesting that the fewer remaining employees are today more skilled and highly paid than in 1990.

While the expenses associated with hired staff went down, the expenses for “services and other goods” increased – at an average rate of 3.59 per cent per year. These expenses most notably include the use of temporary workers and freelancers. Expenses related to printing also went down, partially due to actual changes (e.g. in paper price) and partially due to changes in accounting.

Revenue generation over the investigated papers has been remarkable in that print sale revenues have been extremely stable over the years. Declining single issue sales have been compensated by increased subscriptions and higher pricing. Digital sales have increased, but to date still remain marginal.

Total advertising revenues have fluctuated, but the overall trend has been an increase, rising from approximately 100 to 350 million euros in net profit. At the same time, advertising has come to account for almost 50 per cent of the papers’ income – a notable change from the under 30 per cent share of 1990.

The papers’ reliance on shaving down the expenses of an otherwise traditional business is dangerous in the long term, the authors warn. As demand continues to dwindle, the papers risk eventually cost-cutting their way into being an undesirable product. Instead, newspaper publishers should “radically redefine their processes and organisation”, van der Burg and Van den Bulck recommend.

The article “Why are traditional newspaper publishers still surviving in the digital era?” was published by the Journal of Media Business Studies. It is available online from the publisher’s website (abstract free), of from ResearchGate (open access).