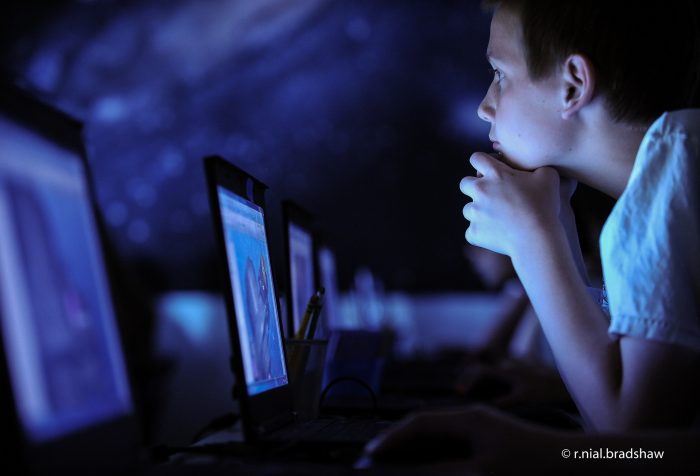 News stories with a constructive angle awaken less negative feelings in children than stories with a traditional format, a team of researchers from the Radboud University in the Netherlands discovered. The team, Mariska Kleemans, Rebecca N. H. de Leeuw, Janel Gerritsen and Moniek Buijzen, carried out an experiment with 332 Dutch schoolchildren, aged 8 to 13.

The participants were each exposed to one of two news stories lifted from a children’s news website. Some of the children viewed the original stories, while others were presented with an edited version. The edited versions were made to be more constructive, for example by emphasizing a solution (prohibiting the sale of rhino horns) over the problem (people are willing to buy the horns of poached rhinos).

The children were then surveyed over how they felt and whether they were willing to do something about the issues (rhino poaching or gun accidents). The participants were also asked to come up with activities that could help with the aforementioned issues.

Both constructive and non-constructive news made the children feel worse than before, the study found. This effect, however, was milder in those who read constructive versions of the news. Constructive news also inspired the children to come up with more ways to help. Unexpectedly, the participants’ intent to take action did not differ according to story type – possibly due to a measurement not entirely fit to study children, the authors suggest.

The article “Children’s Responses to Negative News” was published by the Journal of Communication. It is available online on the publisher’s website (abstract free).