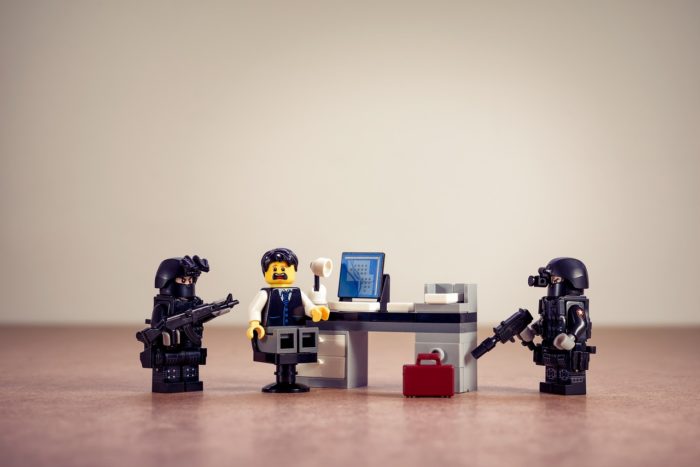 If a news article is followed by uncivil reader comments, other readers will become more permissive towards moderator or even police action against uncivil comments. Teresa K. Naab (University of Augsburg), Thorsten Naab (German Youth Institute) and Jonas Brandmeier (U. of Augsburg and U. of Erfurt) investigated the matter through an online experiment with 213 German social media users.

The participants all read a (mock) news article on asylum seekers. The article was shown with three reader comments, two of them neutral. The third comment was always negative, sometimes in a civil and sometimes in an uncivil manner. For example, the last comment would call for the asylum seekers to either be “deported” or “disposed of as genetic hazardous waste”. After reading the stimulus article and the comments, participants answered Naab and colleagues’ survey.

The participants who saw the uncivil comment were more ready to allow “restrictive actions by authorities”. This included, among others, moderators deleting the comment – and legal prosecution of the comment’s poster. Participants who ranked high on a scale of “paternalistic” attitudes were even more inclined to have authorities intervene. In contrast, participants committed to the principles of freedom of expression were less willing to accept these measures.

The authors also tested what, if any, factors increase the participants’ willingness to intervene personally, for example by posting a counterpoint of their own. Again, incivility increased this tendency, but more importantly so did the participants’ prior activity on social media.

Commitment to freedom of expression did not increase the participants’ willingness to take personal action. This makes it difficult for news organizations and social media platforms to design a functioning system for keeping incivility at bay: opposing authoritative action does not go hand-in-hand with taking personal responsibility of the discourse, the authors note.

The article “Uncivil User Comments Increase Users’ Intention to Engage in Corrective Actions and Their Support for Authoritative Restrictive Actions” was published by the journal
Journalism & Mass Communication Quarterly. It is available online on the publisher’s website (abstract free).