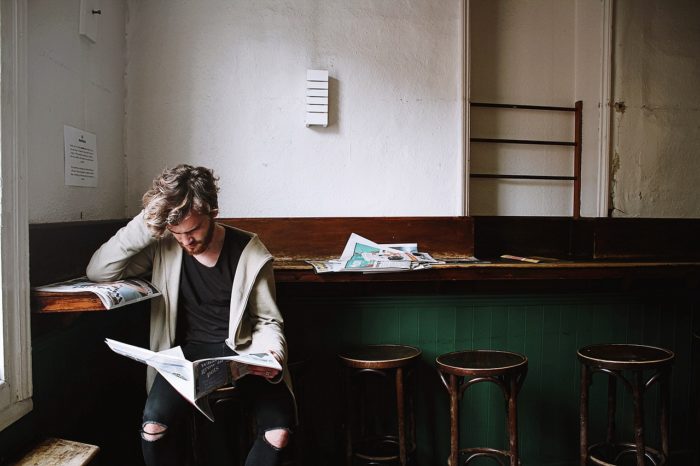 Newspapers’ profit orientation influences how negative their news on terrorism are, Aaron M. Hoffman, of Simon Fraser University Canada, and Dwaine H. A. Jengelley, of Purdue University, write. They analysed the terrorism coverage of United States’ 20 largest newspapers between 1997 and 2014.

Authors measured the news articles’ tone by comparing the proportions of negative (e.g. ‘terror’) and positive (e.g. ‘protect’) words in them. They also made note of the newspapers’ owners’ “profit orientation”, i.e. whether they are likely to seek short-term profits or willing to absorb short-term losses in exchange for long-term sustainability. For example, private equity firms were classified as short-term oriented, while local newspaper chains were seen as long-term oriented.

Overall, the newspapers’ terrorism coverage was fairly uniform and slightly more negative than positive. Hoffman and Jengelley note that an earlier study has shown economic news to be much more negative than the terrorism coverage they observed. Even though differences between papers were small, ownership did appear to have an effect: negative words are more common in papers controlled by short-term profit-oriented owners.

The study also investigated the influence of other factors, for example the number of people killed in the attacks. Interestingly, the more people die in terrorist attacks, the more positive words appear in the coverage. This is likely due to reporters wanting to highlight community resilience and generally “rally around the flag” in a time of crisis, Hoffman and Jengelley surmise.

Overall, the newspaper owners’ profit orientation seems to be the most influential factor, overriding lethality of attacks. Other factors with small, but still verifiable effects are timeframe (post-9/11 coverage has more positive words) and public distrust in media (less trust seems to correlate with more negative words). Contrary to the authors’ expectation, the papers’ financial situations do not seem to affect the coverage.

The findings suggest that journalists are not helplessly controlled by their owners – but that they are not fully insulated from the owners’ indirect influence either, Hoffman and Jengelley conclude.

The article “Does bottom-line pressure make terrorism coverage more negative?” was published by the journal Media, War & Conflict. It is available on the publisher’s website (abstract free).