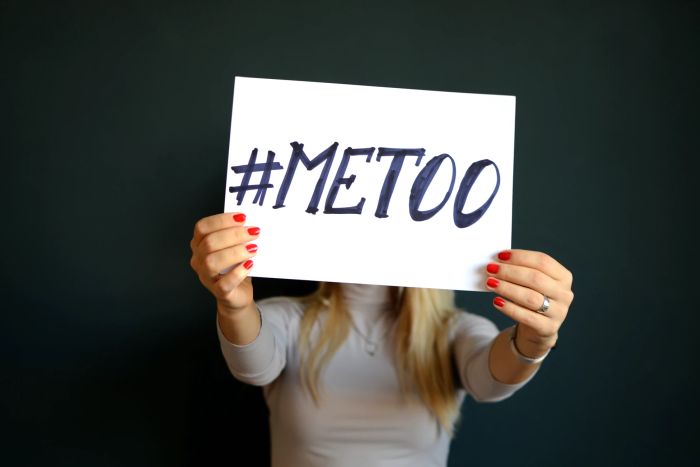 New study by Minette E. Drumwright of the University of Texas at Austin and Peggy H. Cunningham of Dalhousie University, uses behavioral ethics to study sexual harassment in newsrooms and unethical journalistic content produced by newsrooms.

Interviews of 25 participants in Canada and United States was conducted. Journalists had varying levels of experience and positions within the organizations. The participants were allowed to define what they thought was problematic. They described 76 different unethical cases. The following five explanatory themes arose from the interviews:

There was a marked difference between the participants’ attitudes when it comes to creating unethical journalistic content, versus unethical conduct in the newsroom. The latter was often not recognized. The idea of work solely as creating content creates four biases, including: it makes the journalists frame the behavior as simply creating content; appeal to higher loyalties; makes the journalist overconfident; and gives moral license: ethical behavior elsewhere is seen as allowing for infractions here and there.

In regard to rituals, particularly male editors and leaders in newsrooms hazed the newcomers, seeing it as a rite of passage. Overreactions to mistakes, yelling and screaming by editors was a behavior was a way to display dominance and prestige, and newsroom cultures were constructed in a way that this sort of behavior seemed to be rewarded. Newcomers who sought to resist the toxic norms were labeled complainers or ‘wimps’.

In the interviews, newsrooms were described as very hierarchical and characterized by authoritarian leadership. The authors write about three biases that relate to power differentials: obedience to authority, denial of responsibility, and self-serving bias.

The world-wide pressures on the journalistic industry were acutely felt in the newsrooms. Ethical behavior and expectation of ethical behavior was seen as a luxury journalists cannot afford due to the highly competitive business model. And since the pace of newsrooms is focused on the short-term considerations, and people make less ethical decisions when under time pressure, ethical considerations with long-term ramifications are focused less on.

Fighting abuses of power outside newsrooms, but not inside them

The journalists interviewed displayed a high awareness of ethical considerations when it comes to reporting on issues like police brutality or misconduct by officials. The awareness was backed by assertiveness and courage.

Within the newsroom, journalists were conditioned by the behavioral ethics biases and power differentials to be obedient. Changing the toxic newsrooms cultures is difficult, but possible. The #MeToo movement, for example, held powerful individuals accustomed to being challenged on their unethical behavior responsible. Leaders play a key role in this through overt and implicit messages, through their behaviors, and through their own actions and behaviors. Equitable hiring practices not based on favoritism also send a positive signal.

Finally, the authors conclude that due to the high value of journalism in democratic societies, the organization change is a must, so that the diverse group of journalists can to do their best work.