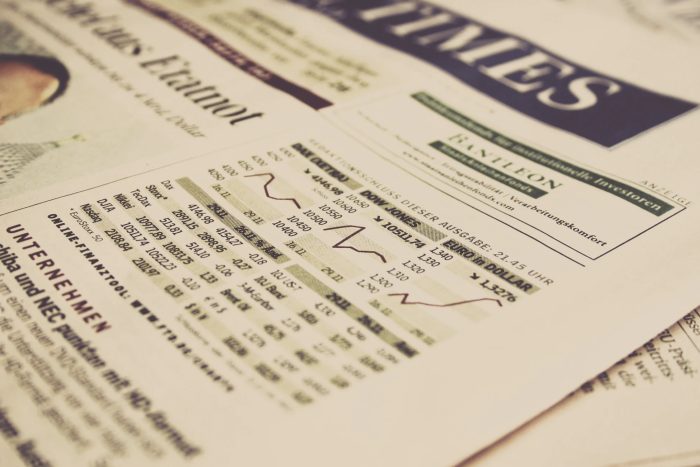 Economic journalism relies on words indicating a respectable, networked social position when describing their expert sources, a new study finds. Catherine Walsh from Cardiff University offers new perspective and support on the previous findings that journalists are insufficiently critical of their expert sources. The reason might not be due to a failure to challenge technical details, but due to the focus on social cues from other journalist and broader society.

Previous research has focused on economic discourse and not on how the experts themselves are described in the news. This study investigated how three UK fiscal expert sources were described in UK press. The three expert sources were from Office of Budget Responsibility (OBR), the National Audit Office (NAO), and the Institute of Fiscal Studies (IFS). The first two – OBR and NAO – are official government sources, while IFS is a think tank.

The study analyzed a total of 21,515 news articles between 2010 and 2016 from five sources: Financial Times, Guardian, Independent, Telegraph, and Times. The articles could be characterized as “hard news”, coming primarily from sections labeled “business”, “politics”, “economy” and were factual in style. All newspapers cited OBR most frequently, with IFS being the second most cited in all but Telegraph.

The use of these three expert sources increased during the time period, revealing an increasing reliance on experts. The study used corpus linguistics; which is a combination of quantitative and qualitative analysis. The articles, each categorized by the source, were then compared to a generalized corpus, BE06.

In contrast to previous studies on expertise in journalism and the assumptions based on them, the study revealed that technical, economic details are used far less than invocations of the experts’ position or networked, recognized status.

On the level of detailed corpus analysis, the study discovered, among other things, that definite claims such as never or always were rare in fiscal reporting, Surprisingly, the articles also rarely referred to knowledge and understanding, and even less rarely to expertise directly, although all articles relied on the expertise of OBR, NAO, or IFS. Instead, adjectives or identity related words were used in describing the three experts, such as independent, or watchdog.

The three experts were described differently: with OBR and NAO mostly called a watchdog, and IFS, unsurprisingly, a think tank. NAO was mostly described with terms referring to warning and critique, OBR with forecasting, while financial reporting relying on IFS emphasized its independent, impartial, and respected nature. Generally, the non-governmental IFS stands out in description from the other two, with a particular emphasis on words denoting its respectability, impartiality, and independence.

Stories may fail to educate readers

By using positive adjectives and markers of recognized status, financial news reinforces the position of those experts without criticism, even if that would be called for. The experts are presented as being the most qualified ones to judge, not by the quality of the arguments but on expert status. The reader, in contrast, may fail to learn much from highly political issues linked to economy such as Austerity.

The article “Constructing Experts Without Expertise: Fiscal Reporting in the British Press, 2010–2016” was published by Journalism Studies. It is available on the publisher’s website (free abstract).