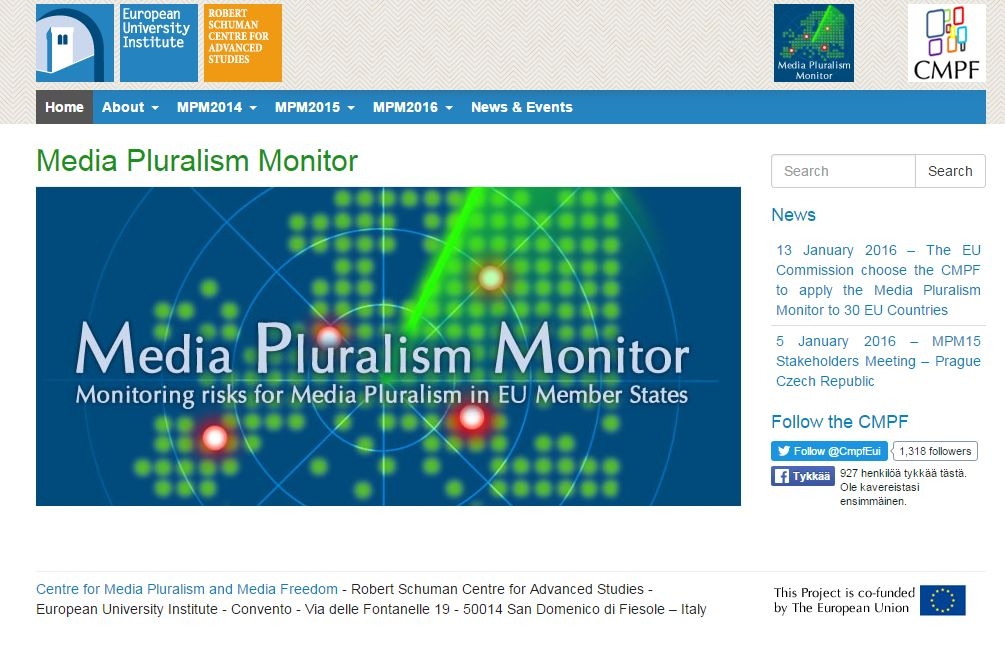 The risks to media pluralism in each EU country will be gauged this year. The resident staff of and collaborators to the Media Pluralism Monitor (MPM) 2016 met to kick off the project in Florence last Monday.

The instrument is divided into four categories of potential risk: basic protection, political independence, social inclusiveness and market plurality. The research includes such areas of interest like the working conditions of journalists, market concentrations within different media, the status and coverage of public service media, and the autonomy and representation of minorities.

As before, the project will be coordinated by the Centre for Media Pluralism and Freedom (CMPF) at the European University Institute (EUI) in Florence. The Centre’s director, Pier Luigi Parcu, will continue as the project’s leader. The bulk of the study will be carried out by local collaborators appointed from each country.

The local data gathering is scheduled to finish by September, and the results can be expected to be made public nearing the end of the year. Results from 2014 are already available online, and the 2015 results are to be published in upcoming weeks.

For full disclosure the author of this story, Ville Manninen, is both a Journalism Research News employee and the local collaborator to the MPM in Finland.

Further information on the project, including past results, is available on the CMPF website.