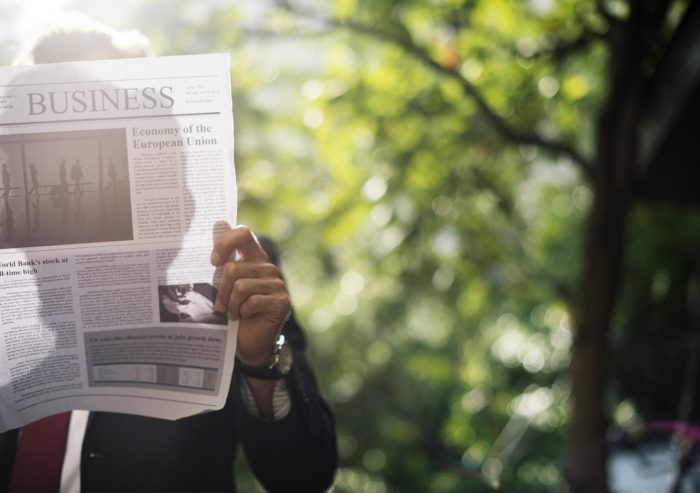 Business interests have much greater presence in news than previously thought, University of Amsterdam researchers Ellis Aizenberg and Marcel Hanegraaff write. The authors analysed of over 350 000 British and Dutch newspaper articles, taking into account which “organized interests” were present in them.

Earlier studies had shown business interests’ presence in the news was not only small, but also waning. However, research had only accounted for business associations’, but not individual corporations’ visibility in the news. Aizenberg and Hanegraaff sought to remedy this by compiling lists of nearly 35 000 Dutch and British organisations: business associations, non-governmental organisations, labour unions etc. – large corporations included. They then investigated how often these organisations made an appearance in political news between 1990 and 2017.

The sample of stories was gathered from four newspapers: a progressive and a conservative newspaper from both countries. The papers’ political alignment seemed to make little difference, but their nationalities had an effect. In the “pluralist” British system, the visibility of corporations has been roughly equal to that of non-governmental organisations over the entire sampling period of nearly 30 years.

Conversely, the “corporatist” Dutch media system appears to have gone through significant changes. In early 1990’s, labour unions had a strong presence in political news, rivaling corporations and overwhelmingly dominating business associations and NGOs. The unions’ share has since dwindled and been overtaken by corporations – and by a huge margin. Currently corporations have, by far, the most visibility in Dutch political news.

In early 1990’s the presence of business interests was roughly equal in the two countries. However, their trends diverged quickly. The situation seems to have reached a relative “equilibrium” in the UK, with no major changes in any organisation type’s visibility. In the Netherlands, corporations have risen to replace labour unions, which have sunken to the relatively low level of attention given to NGOs and business associations.

The article “A Longitudinal Study on Business Presence in Political News in the United Kingdom and the Netherlands” was published by The International Journal of Press/Politics. It is available on the publisher’s website (open access).