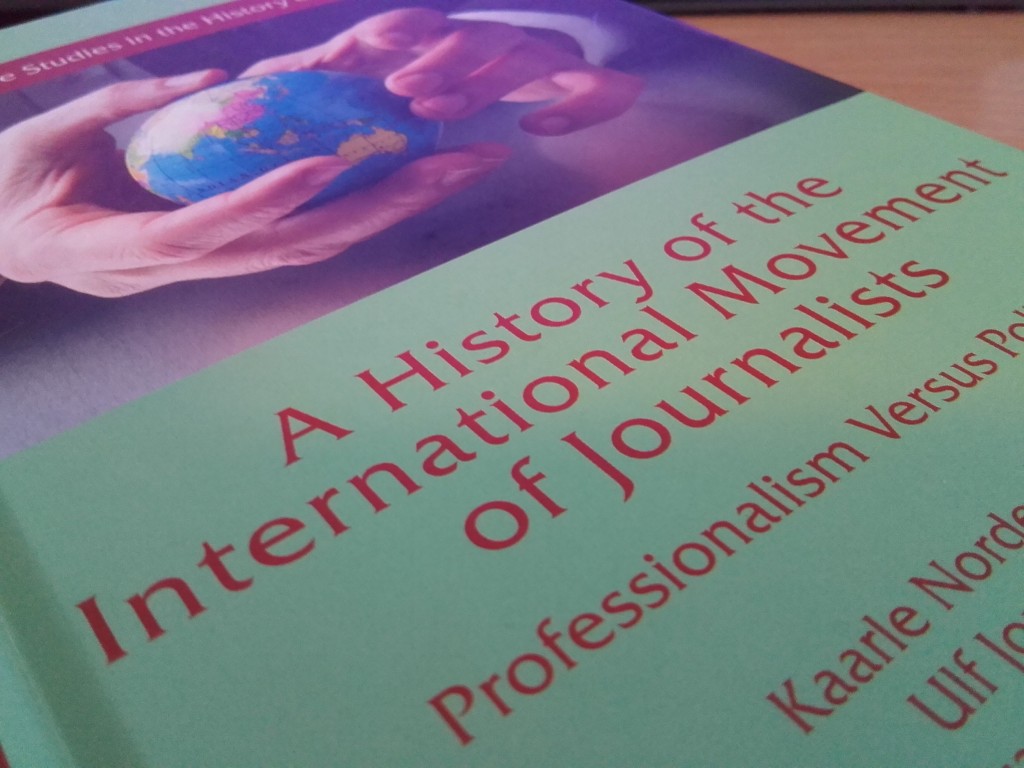 The volume also contains contributions from Ulf Jonas Björk, of Indiana University, Svennik Høyer, of University of Oslo (emeritus), and from Epp Lauk, of University of Jyväskylä. The book chronicles the formation and evolution of different international journalists’ organizations, beginning from the near-apocryphal Chicago conference of 1893. The narrative reaches modernity when the end of the Cold War brings together the competing IOJ and IFJ in the late 1990’s.

In addition to an insightful, and on times critical, look at the movement’s history, the book offers a wealth of supplementary material. The hefty appendix section includes report excerpts, declarations and spreadsheets gleaned from the archives of various organizations.

The book A History of the International Movement of Journalists is published by Palgrave Macmillan, and it is part of the series Palgrave Studies in the History of the Media. Further information of the book is available on the publisher’s website.

Epp Lauk is the head of the Department of Communication at the University of Jyväskylä, which also hosts the Journalism Research News project.