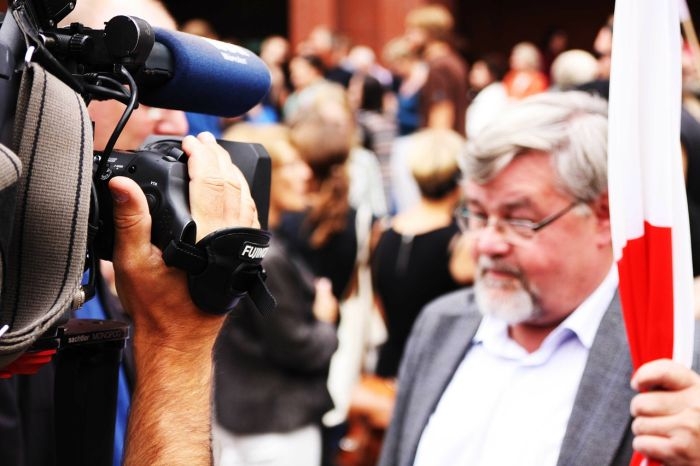 Significant differences exist between issues in the actors that get to speak in television news, new study from Belgium finds. Kathleen Beckers and Peter Van Aelst, both of the University of Antwerp, examined differences in actor prevalence over time. They analysed all TV news items (about 10 000 broadcasts) from two main Flemish broadcasters from 2003 to 2016. The media in question were the public broadcaster Eén and commercial channel VTM.

The researchers classify the actors into four groups, deviating from earlier studies:

Citizens and politicians compete as most prominent speaking actors in the news. “The chances of citizen actors to shape a news item are still smaller than other actors in the news, as they receive on average only half of the speaking time”, the Beckers and Van Aelst note.

Changes over time were not large, the authors find. The prevalence of different actor types has remained quite similar. Differences surface when looking at prevalence between issues and between how the public and commercial broadcaster present actors.

Politicians dominate political news. Civil society actors do not play a big role in general, except in news about labor and education.

The article “Look Who’s Talking” was published in Journalism Studies and is available on the publisher’s website (free abstract).