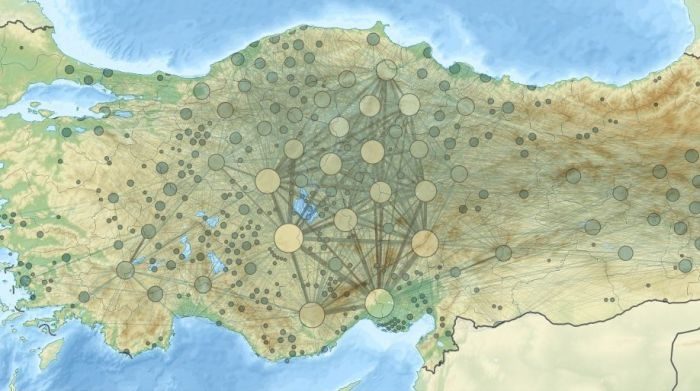 Twitter has become an important playground for the news media in Turkey.  Burak Doğu of the İzmir University of Economics, conducted a network analysis in Twitter to look at Turkey’s polarized news media landscape after the Gezi protests.

The findings are analyzed at four levels: identifying the actors, positioning the actors and examining connections among their clusters, exploring the patterns of news diffusion, and reviewing media polarization.

The analysis shows that the mainstream media are dominant in terms of having the most followers. The non-mainstream media, especially media accounts opened in the aftermath of the Gezi protests, are promising because of their vast connections, the author finds.

Turkey’s news media landscape in Twitter is highly polarized, the article states. Political dispositions of the media reflects their positions in the network. Still, there is a high probability for transitions to happen between different media groups. For example, the diverse coverage provided by non-mainstream media could be transferred to the agenda of mainstream media.

The article “Turkey’s news media landscape in Twitter” was published in the journal Journalism and is available online (free abstract).