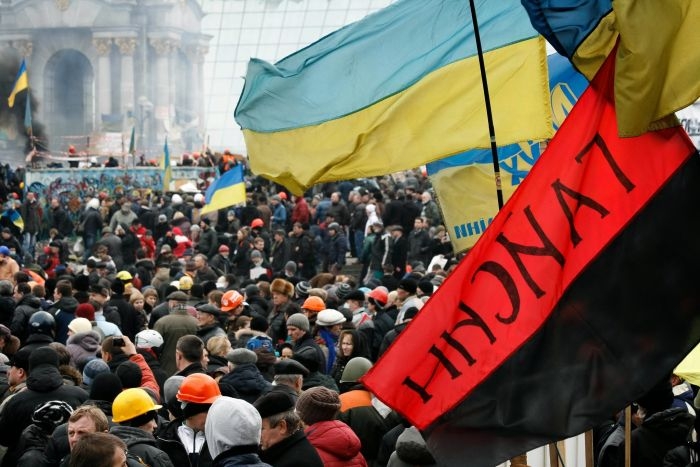 The crisis in Ukraine in 2014 was covered in varying ways around Europe.

A group of researchers did a content analysis for coverage on the conflict from the first half of 2014. All in all, they examined two newspapers (24 issues from each paper) from 13 countries: Albania, Czech Republic, Germany, Latvia, the Netherlands, Poland, Portugal, Romania, Serbia, Switzerland and the United Kingdom, as well as Ukraine and Russia.

The study maps the evolution of the conflict by focusing on four key events: the escalation of protests on Maidan square and the ousting of Viktor Yanukovych, the Crimea status referendum, the referendum on the status of Eastern Ukraine and presidential elections in Ukraine in May.

Results show that the attention for the conflict varied greatly between countries. Differences can be explained by geographical and cultural proximity, domestication, economic exchange and lack of editorial resources, especially in Eastern Europe, the authors list.

Most coverage was produced, as expected, in Ukraine and Russia. After these two, newspapers in Germany, Poland, Latvia and Switzerland covered the topic most often.

Proximity does not explain all the findings. For example, limited coverage was found in distant countries such as Portugal or the Netherlands, but also in the Czech Republic and one Latvian newspaper. In these cases, different opportunities for domestication help to explain the coverage. Limited resources for foreign coverage account for the marginal amount of news from Albania, Romania and Serbia.

54% of the articles were covering mainly politics, events ‘on the streets’ were the second most-frequent topic (23%). Meta-coverage was also evident, with 3% of articles related media issues. Overall, the coverage was dominated by Russia. Russian actors, notably president Vladimir Putin, shaped coverage far more than European actors and institutions.

The article “The Ukraine conflict and the European media” was published in Journalism and is available on the publisher’s website (free abstract).