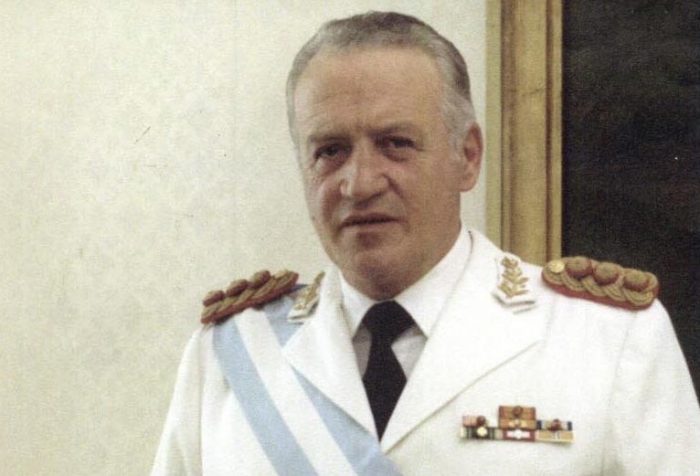 Leopoldo Galtieri (1926 – 2003) was one of Argentina’s last dictators. He ruled from December 1981 to June 1982, soon after which the country underwent elections and transitioned to democracy. Muireann Prendergast, of University of Limerick, has analysed the coverage of three events in Argentina’s leading newspapers in order to find out how Galtieri’s public image changed over time.

During the first of the events, the Falklands War or the Malvinas War, Galtieri was depicted as a “valiant leader”, Prendergast’s analysis shows. The coverage grants Galtieri with much agency and contrasts his noble qualities with the wretchedness of the enemy, the British and the United Nations.

The second period under analysis covers the public discussion over “la concertación” – a proposed “pact” among various societal actors within Argentina. At this time, Galtieri had already been deposed after the loss against the British. The dictatorship already appeared to be crumbling, the newspapers’ nationalistic tone waned and Galtieri became a target of criticism.

The last period investigated by Prendergast was the general elections of 1983, which effectively ended the dictatorship. During this time, Galtieri was absent from the coverage, even when most of his predecessors and foreign counterparts are mentioned. This erasure of Galtieri, the author suggests, was a way to deal with the trauma and humiliation inflicted by the war. Furthermore, the newspapers may have recognized the coming political change, and seen best to distance themselves from the former establishment, Prendergast concludes.

The article “The print media deconstruction of Argentina’s last dictator” was published by the journal Discourse & Communication. It is available online on the publisher’s website (abstract free).