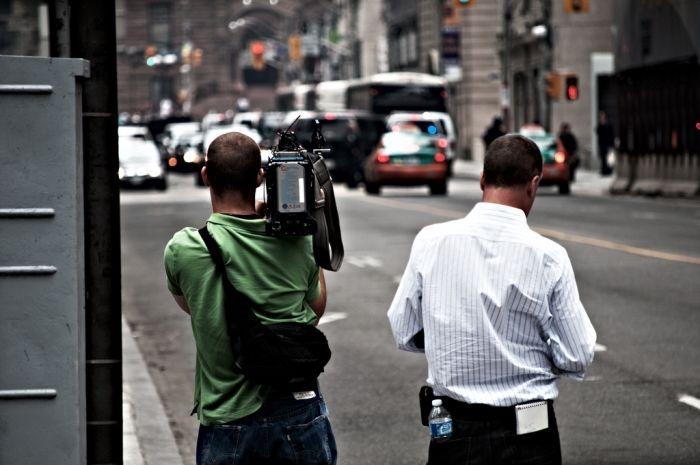 Newspaper and television journalists continue to distrust each other, Vincent Filak, of University of Wisconsin-Oshkosh, writes. Filak surveyed 191 US journalists over their thoughts on newsroom convergence, and compared those results to an earlier study from 2004.

The respondents were presented with hypothetical plans to converge print and broadcast operations. Both groups of journalists viewed these plans more negatively when the plan was depicted as the work of an outgroup, or if the plan was imagined to impact the journalists’ own newsrooms. In other words, convergence is viewed more positively when it is driven by colleagues, and at someone else’s place of work.

Furthermore, both groups demonstrate a strong belief in their own journalism’s superiority. The respondents were asked to assess a set of claims, which highlighted the strong points of either print or broadcast journalism, with notably biased results. For example, “television clearly is superior in terms of visuals, and yet print journalists refuse to recognize it”, Filak remarks.

The study’s results are similar to those from ten years ago. Despite the general lack of development, positive aspects do exist, the author points out. Most respondents held “moderately” positive views on convergence, and they also appeared to appreciate the possibilities of digital media. Unfortunately, this common ground is overshadowed by the vast inter-group distrust between the two breeds of journalists, Filak writes.

The article “Cultural convergence 10 years later” was published by the Atlantic Journal of Communication. It is available online (abstract public).