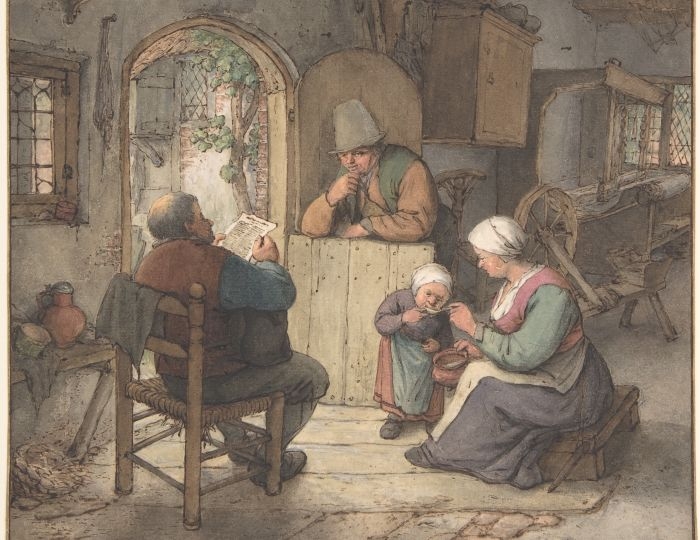 Large parts of the Dutch society, both rich and poor, were reading newspapers already in the 17th century, writes Michiel van Groesen, of Leiden University. The author investigated works of art, diaries, and newspaper collections that illustrate the ways the early newspapers, corantos, were consumed.

At the time, Dutch corantos were fairly inexpensive and even working class citizens could afford them. Literacy was fairly high, at roughly 50 per cent, which meant that most could either read themselves or listen to others read the corantos out loud.

At first the upper class citizens, both Dutch and foreign, frowned upon the lowly corantos as unrealiable gossip. Only after the number of newspapers was forcibly reduced and the remainder brought under censorship did the wealthy and powerful feel comfortable enough to have themselves portrayed with newspapers, the author remarks. This unease, however, did not stop the high society from perusing the corantos.

The article “Reading newspapers in the Dutch golden age” was published by the journal Media History. It is available online (abstract free).