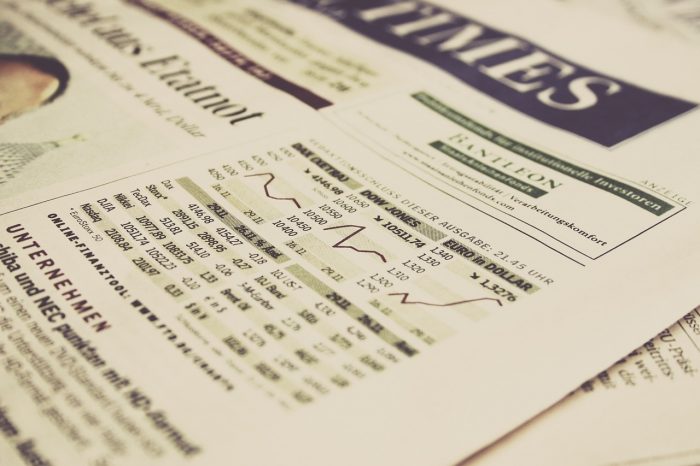 Does media coverage change the way the audience views economy, or does coverage follow the public opinion? Daniel J. Hopkins, Eunji Kim and Soojong Kim, all of University of Pennsylvania, investigated the question by a large-scale comparison of public sentiment and news tone.

The authors conducted an automated analysis of over 150 000 news articles published by two national US newspapers, New York Times and Washington Post. By measuring the occurrence of 21 economy-related words, the authors created an index of how positive or negative the papers view the economy. This index spans from 1980 to 2015.

The media’s tone index was then compared to the results from monthly consumer surveys, which measure how the public feels about the economy. The comparison provides “robust” proof that the public sentiment moves ahead of the two papers and not the other way around. The authors emphasize that this does not prove a causal relation, and that it is likely that both the public’s and the media’s economic sentiments are affected by a third factor, “perhaps real-world economic conditions”.

Hopkins, Kim and Kim also replicated their analysis on a sample of over 240 000 articles from 19 local newspapers. In this case the results were “less conclusive”: sometimes the papers’ tone shifted before the public opinion, and sometimes after. Still, it appears that local papers might play a bigger role in shaping the public’s economic opinion than national papers do, the authors suggest.

The article “Does newspaper coverage influence or reflect public perceptions of the economy?” was published by the journal Research & Politics. It is freely available online on the publisher’s website (open access).