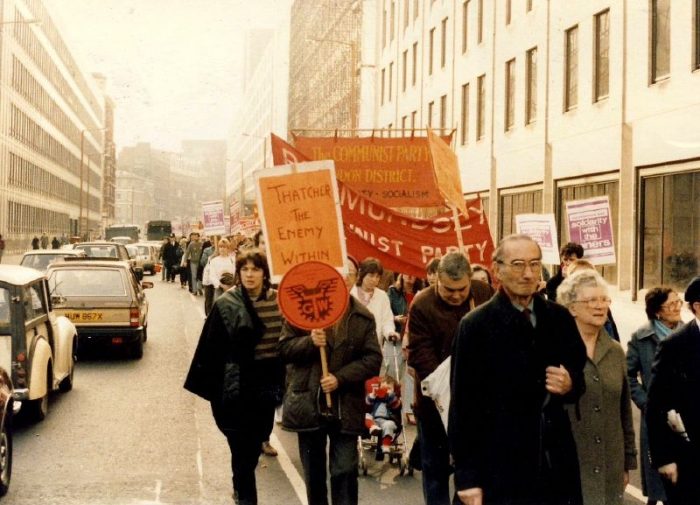 All investigated newspapers framed the strike as “war”, Hart discovered. Some did so explicitly (for example, by headlines such as “PIT WAR”), while others used visual cues and particular wordings to convey the thought (for example, by writing of a “besieged” mine).

While some of the investigated papers were neutral or even sympathetic towards the strikers, the bellicose framing did a disservice to the miners. By paralleling the strike with war, the framing polarised a complex societal issue into a struggle between us and “the enemy”. Such a frame leaves no room for compromise, offering only one way to resolve the situation: by defeating the enemy, Hart concludes.

The article “Metaphor and intertextuality in media framings of the (1984–1985) British Miners’ Strike” was published by the journal Discourse & Communication. It is available online (abstract free). A pre-publication version of the article is freely available from the Lancaster University repository (open access).