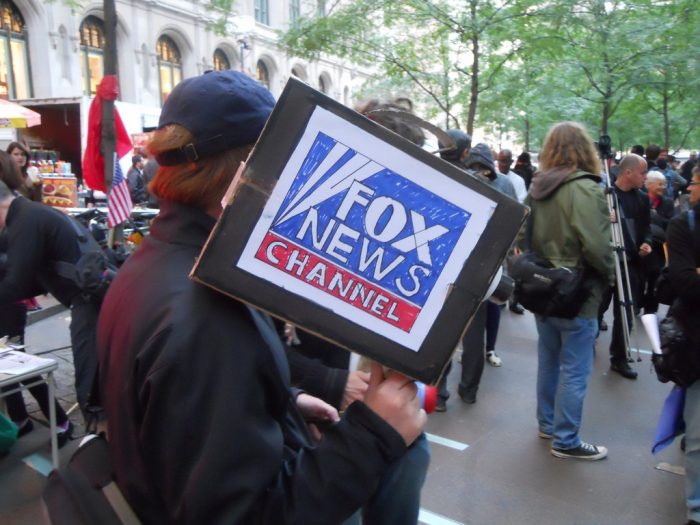 Scholarship on journalism often includes the American cable channel Fox News, but in reality the channel’s output is best described as propaganda rather than journalism, Mitchell T. Bard, of Iona College, argues. The author analysed the channel’s three prime time current affairs programs, The O’Reilly Factor, Hannity, and On the Record with Greta Van Susteren.

Bard’s analysis focused on the shows’ coverage of the American health-care reform. The issue was debated heatedly in 2009, and later on in 2014. The sample includes one 3-week period from both years.

The analysis departs from the tenets of journalism on the other hand, and the hallmarks of propaganda on the other. Journalism is based on 1) neutrality 2) balance and fairness, and 3) truth and facts. Furthermore, Bard makes a distinction between bona fide “persuasion” and malevolent “propaganda”:

The three shows analysed often stray from the standards of journalism, Bard found. It was common for the shows’ hosts to explicitly or implicitly advocate against the health-care reform. Furthermore, misinformation and misrepresentation were frequent.

For example, a politician in support of the health-care reform claimed anti-reform protests were not spontaneous, but organised by corporate lobbyists (i.e. “Astroturfed”). The original statement was “I think they are Astroturf. You be the judge…carrying swastikas and symbols like that to a town meeting on health care”. This statement was falsely interpreted as the politician calling all protesters “Nazis” – this claim was repeated 42 times in 17 different programs.

All things considered, Fox News‘ prime time shows should not be considered journalism, and they are in fact closer to downright propaganda, Bard concludes. This should be taken into account in future studies on journalistic organisations, lest scholars end up making false comparisons.

The article “Propaganda, Persuasion, or Journalism?” was published by the journal Electronic News. It is available online on the publisher’s website (free abstract).