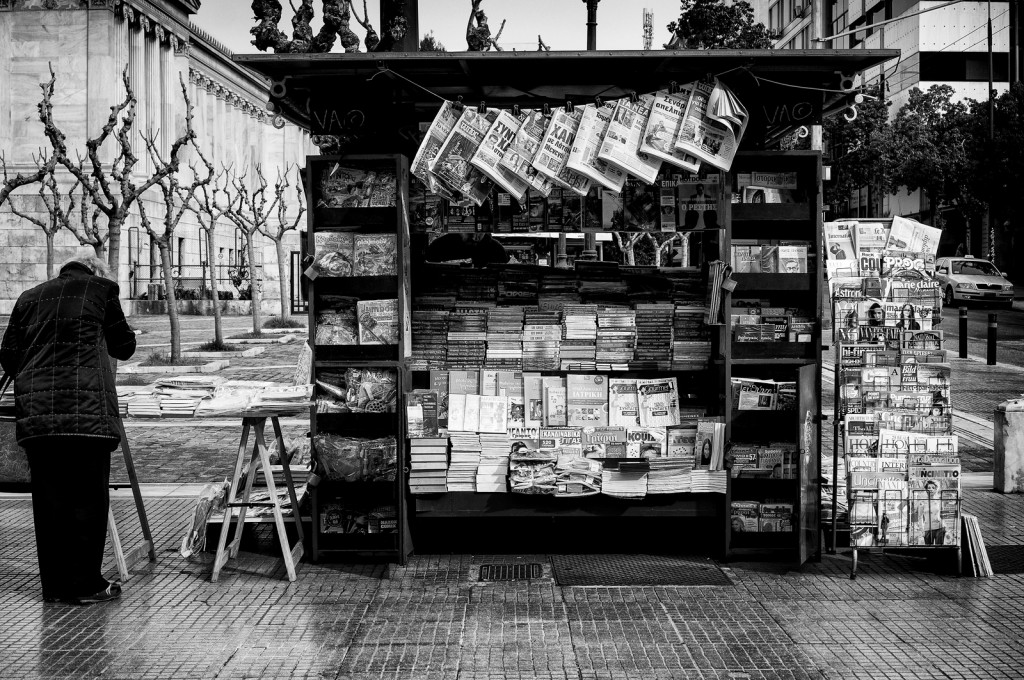 This year’s first issue of a new communication and culture journal Javnost – The Public is now free to access online, at least for today. The Routledge-published journal is now in partnership with the European Institute for Communication and Culture. Here are our picks, emphasizing journalism research – as always.

In the first article, Vaia Doudaki of Cyprus University of Technology examines the discursive struggles of the financial crisis in Greece. The study focuses on the discursive mechanisms the Greek press employed to legitimate the bailout agreements Greece signed with the troika. Doudaki argues that the media actively participated in the discursive struggle over the crisis and supporting almost exclusively the hegemonic discourse.

Benjamin de Cleen of Vrije Universiteit Brussel writes about the discursive struggle of Flemish nationalists against the radical right Flemish nationalist party. He focuses on the public debate surrounding Flemish National Songfest from 1991 to 1995. In the case study, de Cleen looks specifically the media discourses that surrounded the Songfest. The article demonstrates how the heterogeneity of the Flemish Movement led to an open and public struggle between competing Flemish nationalist factions. The mainstream media, argues de Cleen, played a central role in this struggle both as an arena for and as voices in this struggle.

The recent “picture craze” has revived many long-seated fears over the power of image, states Ilija Tomanić Trivundža of University of Ljubljana in his article Are a Thousand Pictures Worth a Single Word? The Struggle between Condemnatory and Affirmative Discourses on Photographic Change in Slovene and UK Mainstream Media News Reports on Selfies. Trivundža studied 255 news articles and commentaries published by three Slovene and three UK mainstream news media from November 2012 to November 2014.