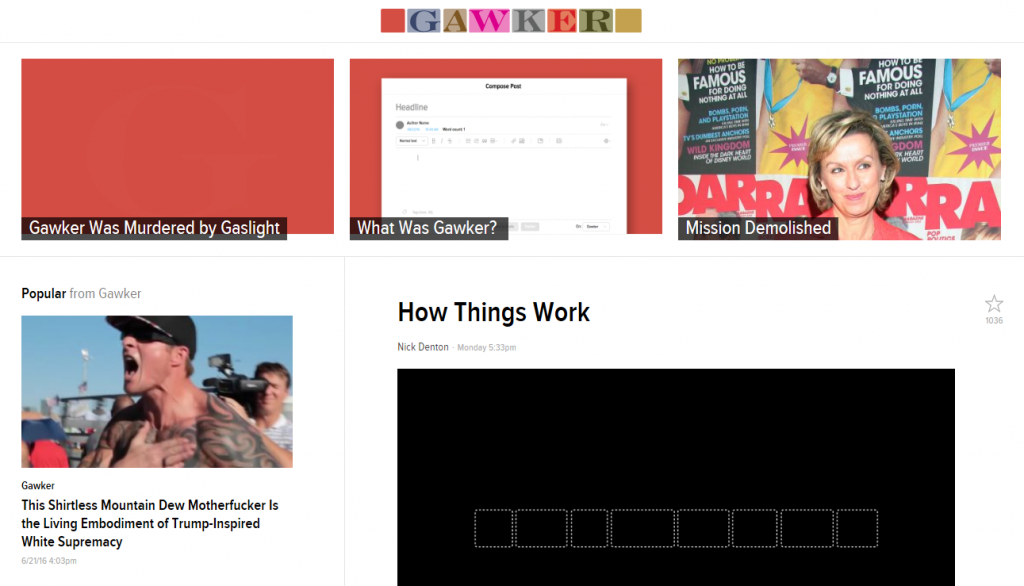 The audience imposed journalistic criteria upon the website Gawker, thus recognizing it as a journalistic actor, write Edson C. Tandoc Jr., of Nanyang Technological University, and Joy Jenkins, of University of Missouri. They analysed reader comments and news stories in response to Gawker publishing a particularly controversial story.

The reactions to the Gawker piece, which was eventually withdrawn, demonstrates the way boundaries of journalism are being both reinforced and renegotiated. The ethical standards the audience and other media held Gawker to show that the company, originally known for celebrity gossip, had crossed the treshold and entered the field of (tabloid) journalism. Gawker has since been shut down for unrelated reasons.

The article “Out of bounds?” was published by the journal New Media & Society. It is available online (abstract free).