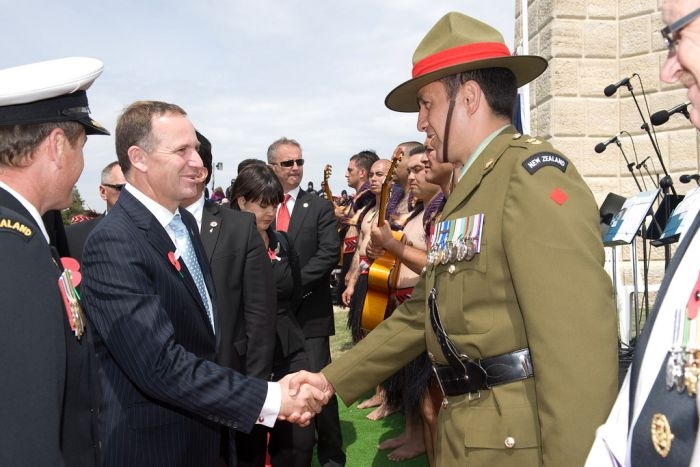 In their Anzac Day coverage New Zealand newspapers focus on New Zealanders of European descent, or Pākehā, while marginalizing the native Māori, write Alex McConville, Tim McCreanor, and Helen Moewaka Barnes, all of Massey University, with Margaret Wetherell, of the University of Auckland (names not in original order).

The authors analysed 77 news stories relating to the Anzac Day celebrations. The day commemorates the landing of Australian and New Zealand troops on the shores of Gallipoli in 1915 as part of the First World War. The day has come to be celebrated as a day of national pride and unity.

The authors contrast the Anzac Day with Waitangi Day, which commemorates the signing of a treaty between the Māori and the British in the 19th century. Waitangi Day is often framed as “conflict ridden and hostile day”, as the Māori often choose the day for protesting social inequality and pointing out the injustices stemming from the treaty.

The Anzac day coverage in New Zealand newspapers is highly routinized. It is framed as a “sacred day of respectful remembrance”, which is to be celebrated according to uniform rituals and emotions. The Māori fit poorly within the hegemonic idea of the Anzac day – and so does criticism thereof. The day’s coverage thus marginalizes the Māori and reinforces the Pākehā hegemony, the authors conclude.

The article “Imagining an emotional nation” was published by the journal Media, Culture & Society. It is available online (abstract free).