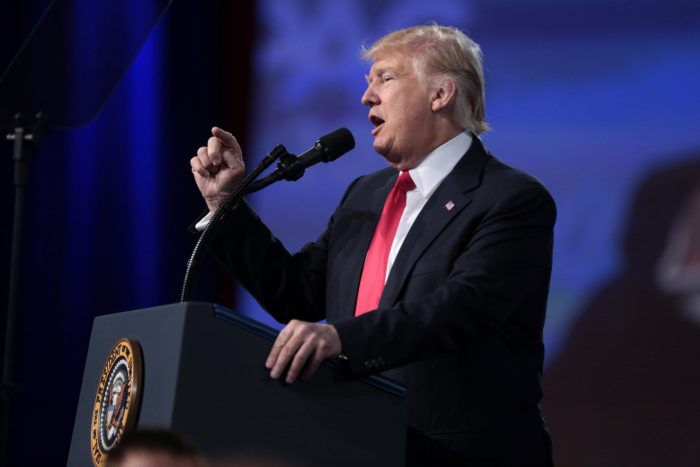 The first 100 days of the presidency of Donald Trump were covered more closely than those of any previous United States’ president, Thomas E. Patterson, of Harvard University, writes. A new Shorenstein Center report analysed the amount and tone of coverage on ten US and European news outlets.

On television, Trump was the topic of 41 per cent of all news stories while US presidents usually account for less than 13 per cent of stories. Furthermore, the president’s name broke the record for the most mentioned “newsmaker” in January 2017.

In these stories Trump himself was the most frequent speaker, appearing in most stories (65 per cent). Republicans combined dominated the coverage of the Trump presidency, accounting for 80 per cent of appearances. Democrats and anti-Trump protesters were both marginal voices, with 6 and 3 per cent respectively.

Despite the prolific soundbites from both Trump and other Republicans, the coverage was overwhelmingly negative, the report found. A total of 80 per cent of news stories had a negative tone, with only slight variation between outlets. The American broadcaster FOX was least negative, with “only” 52 per cent of negative stories, while the German broadcaster ARD was the most negative – with 98 per cent negative news.

Different areas of policy attracted different amounts of negativity. Overall, “economy” was seen as Trump’s strongest point, with 46 per cent of positive news, while news related to “immigration” were most uniformly negative (96 per cent).