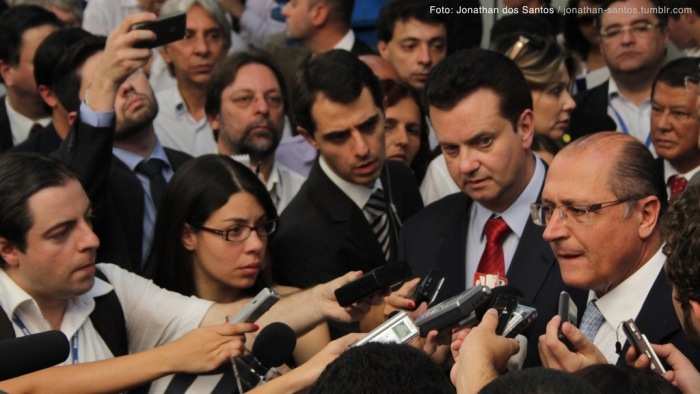 A new special section of the International Journal of Communication has been published. The section’s theme is “Building the BRICS: Media, Nation Branding and Global Citizenship”, focusing on media and communicative practices in Brazil, Russia, India, China and South Africa.

Afonso de Albuquerque of Fluminense Federal University writes about the relationship between press and politics in his article “Voters Against Public Opinion: The Press and Democracy in Brazil and South Africa”. Mainstream media has a difficult relationship with the governments in these countries, possibly reflecting the immaturity of the countries’ political institutions and the crisis of a political order inherited from a colonial past.

The dominant discourse in Russian media articulates the identity of Russia as a strong state that determines and manages the conditions of Russia’s global integration. Anna Popkova of University of Minnesota writes about Russia’s controversial law on “foreign agents” in the article “Global Partners or International Spies? A Comparative Analysis of the Russian Media’s Coverage of the Law on “Foreign Agents””. The law received varied coverage which shows a clash between the country’s will for global integration and the type of nationalism where national identity is incompatible with Western values.

The open access journal can be read online here.