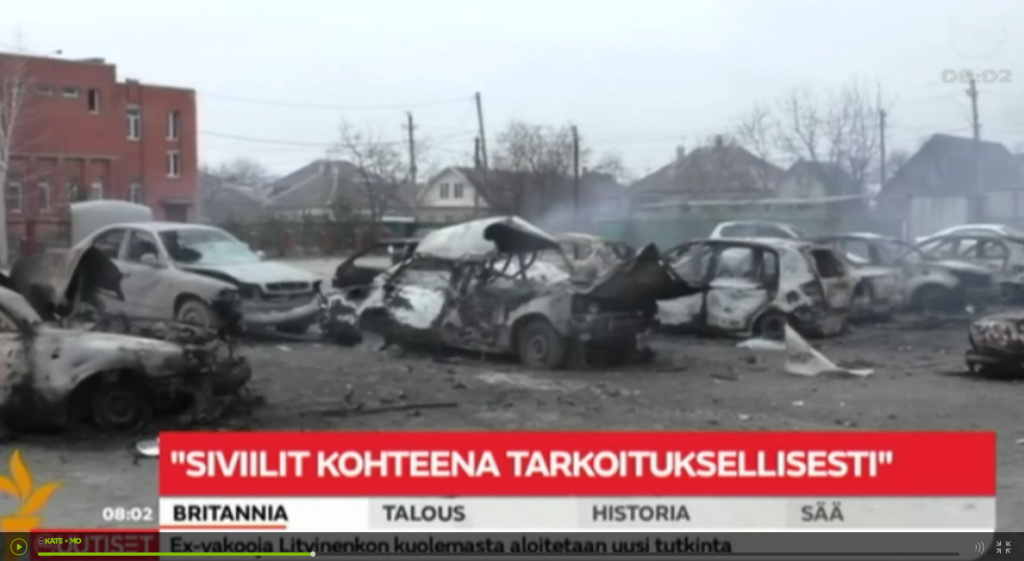 A new research project will look at the images, both still and moving, through which the Ukrainian conflict is portrayed in both social and mainstream media. Starting February, the project will be run by the universities of Helsinki and Tampere. With a staff of four the research is expected to finish by November this year.

The research will focus specifically on images from the newspapers Helsingin Sanomat (Finland), Dagens Nyheter (Sweden), Süddeutsche Zeitung (Germany) and The Guardian (United Kingdom). Image use by Finnish TV-broadcasters YLE and MTV will be considered. To contrast these institutional, Western media depictions, the researchers will investigate alternative images circulated in social media, and the ways aforementioned mainstream media outlets have reacted to these alternative viewpoints.

Of especial interest to the researchers are the use of images originating from social media, and the question of whether or not Finland’s geopolitical position has had an effect on the use of news images.

The project will be headed by Mervi Pantti, of University of Helsinki, and Anneli Lehtisalo, of University of Tampere. Additional researchers are Markus Ojala and Jarkko Kangas, of universities of Helsinki and Tampere, respectively. The project is funded by Helsingin Sanomain Säätiö, a Finnish research and journalism funding foundation.

The project announcement, in Finnish, can be read online here.

Edited on 28.1.2015: Link was added to the original press release. Also the starting time of the project and its funder were added.