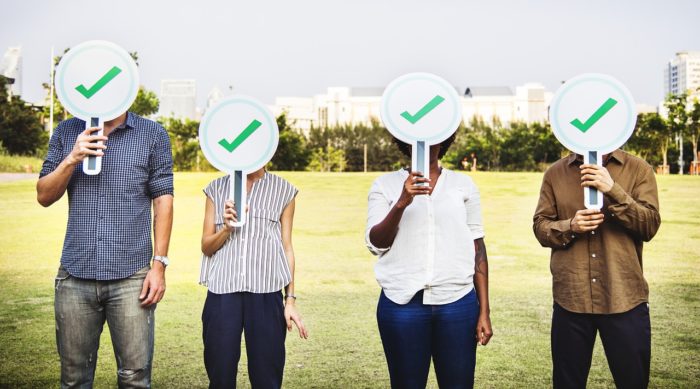 Research indicates that fact-checking is usually able to correct the audience’s perceptions, a team of researchers found. Nathan Walter, of Northwestern University, Jonathan Cohen and Yasmin Morag, both of University of Haifa, and R. Lance Holbert, of Temple University (author names not in original order) carried out a meta-analysis of recent research on the effectiveness of fact-checking political claims.

Walter and colleagues’ analysis comprised 30 studies with a total of over 20 000 participants. The bottom line of the review is that fact-checking has a positive effect on the average citizen. However, many of the author’s other findings put a dampener on the result.

On a population level, fact-checking appears to be less effective when it refutes the reader’s pre-existing beliefs. On a closer look this effect is largely limited to conservatives. Liberals appear to be willing to accept even counter-attitudinal fact-checks, while conservatives are reluctant to do so.

The authors also found other attenuating factors to fact-checks’ effectiveness. For example, visual “Truth-O-Meters” reduce the effectiveness of fact-checks, as does nuanced language (e.g. “mostly false” instead of “false”). Even more worryingly, fact-checks are at their least effective during election campaigns – exactly when they’re most needed, the authors lament.

The article “Fact-Checking: A Meta-Analysis of What Works and for Whom” was published by the journal Political Communication. It is available online on the publisher’s website (abstract free).