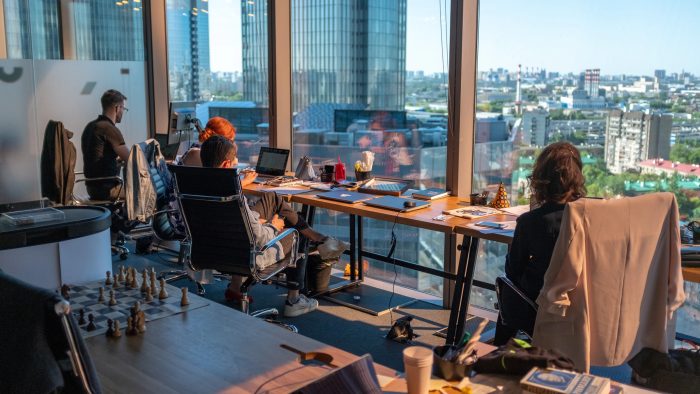 A new study in Journalism Practice by Julia Lück, Tanjev Schultz, Sabine Kieslich, of the Johannes Gutenberg University of Mainz, and Felix Simon and Alexandra Borchardt of the University of Oxford, explores the issue of internal diversity in newsrooms as a reflection of the society. The authors conducted semi-standardized interviews of editors-in-chief and managing editors in 18 newsrooms.

The study proposes a systematic model based on the Hierarchical Influence Model developed by Shoemaker and Reese. It consists of five levels: 1) the social system level, 2) the social institution level, 3) the organizational level, 4) the routine level, and 5) the individual level. The countries studied were the UK, Germany, and Sweden.

The results show differences between countries and newsrooms

The analysis of the individual level is concerned with the backgrounds and the characteristics of the journalists. Interviewees agreed that gender balance was good particularly among the young talent. There were differences between countries and newsrooms.

In Germany, all the interviewed – senior position – participants were middle-aged white men, but, in the German TV channel RTL, 30% of people had immigrant background. The BBC had and met its clear targets for diversity. SVT had 50/50 gender representation and 22% of people with migrant experience.

At the routine level, diversity was a topic of discussion and a consideration in most newsrooms. However, a strong newsroom culture can hamper the efforts, these newsrooms mold the newcomers to be just like everyone else.

The results show that organizational processes such as hiring processes and explicit measures to promote diversity have an effect. The newsrooms could be grouped into three categories on their organizational strategies. The first employed standardized processes and skill testing. The second paid attention to experiences and backgrounds. The third was the most aware and had formalized diversity-increasing procedures.

There was agreement in all the three countries that media should represent the broad spectrum of views in the society by offering pluralist perspectives. Whether diversity in the institutional level was necessary for this was where the participants disagreed – with some arguing that the lack of diversity among the staff was the reason why media was out of touch with the lives of parts of society.

Finally, the social systems level considers the role of the media in the broader context of the society. All the countries studied are democracies, with free media in a capitalistic system, but some had state-operated media that were among the newsrooms studied.

Migration histories also differ. UK has a colonial past, Germany having had waves of guest workers and gained recent refugees, and Sweden had one of the most liberal immigration legislations until 2015.

The authors found four factors crucial to promotion of diversity. First is personal awareness and commitment to diversity. Second, promotion needs to be based on detailed monitoring and sufficient data. Third, measures should promote the permeability of perspectives to reporting. Fourth, the efforts can only work if structural forms of discrimination are actively challenged, the authors conclude.