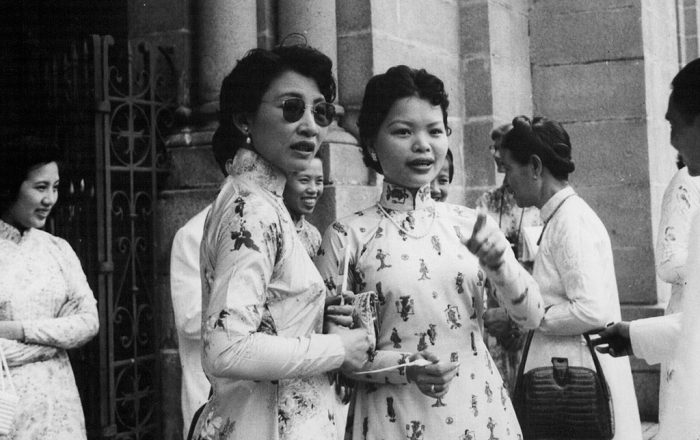 The study is based on a survey that was conducted on Vietnamese journalists from two television news programs, one radio news, three news sites and two newspapers. The survey took place in December 2015 and in early 2016.

Findings of the study support those of previous studies:

Journalists tend to perceive female leaders as more communal while male leaders as more agentic. The differences in journalists’ perception were statistically significant. The news media also tend to trivialize women by focusing on information irrelevant to their work or their positions such as domestic issues and appearance.

The findings suggest that journalists may need training to make them aware of gender stereotypes and to question them.

The article “A role (in)congruity study on Vietnamese journalists’ perception of female and male leadership” was published by Asian Journal of Communication. It is available here.

Picture: Saigon 1956 – Vietnamese women standing in front of the Saigon Cathedral by manhhai, licence: CC BY 2.0