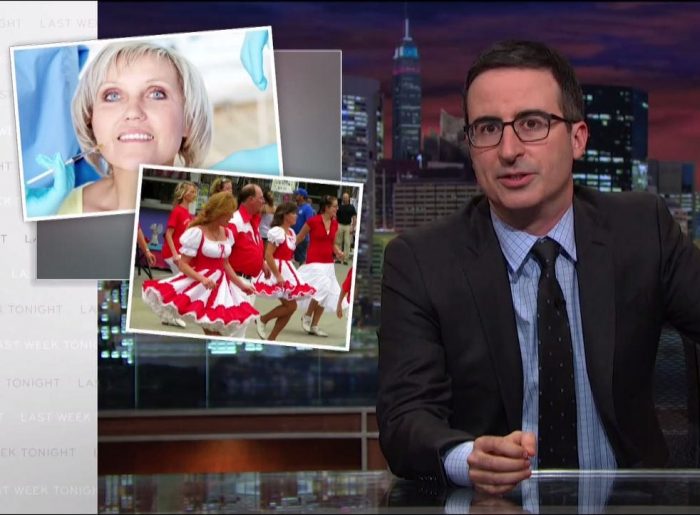 The participants watched either a segment of the comedy show Last Week Tonight or ABC News, both focusing on the subject of net neutrality in the United States. A control group viewed a music video of similar length. After exposure, participants were quizzed about net neutrality, and asked how important and how complex they perceived the issue.

The authors expected both the comedy show and the newscast to increase the viewers’ knowledge on the subject. This was indeed the case, although the knowledge gains compared to the control group were not dramatic. The median knowledge score for comedy viewers was 3.84 (out of 5) and 3.89 for news viewers, while the control group’s median score was 3.26. The modest gains may be due to the experiment’s online setup, the authors suggest, as avid internet users may already be familiar with the topic.

While the satire of Last Week Tonight may be on par in informativeness with the ABC News, its true significance is likely higher, Becker and Bode suggest. Political satire has wider reach and more lasting appeal than daily newscasts, as demonstrated by the over 11 million views the LWT segment has amassed on YouTube.

The authors also compared the two shows in terms of perceived issue complexity and importance. Unexpectedly, the comedy show actually made the viewers perceive the issue less important, although the difference to the control group was negligible. Actual news instead increased the perceived importance of the issue.

Finally, the degree to which the audience thought net neutrality was a difficult issue to solve was not significantly affected. In other words, exposure to news information did not change the perceived issue complexity.

The article “Satire as a source for learning?” was published by the journal Information, Communication & Society. It is available online (abstract free).