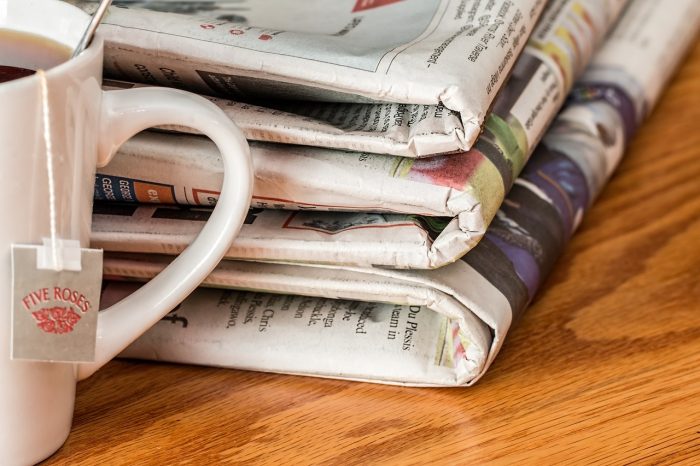 The American broadsheet New York Times has increased the use of “borrowed news” in its foreign reporting since 1966, write Daniel Riffe and Seoyeon Kim, both of University of North Carolina, with Meghan R. Sobel, of Regis University. The authors analysed the Times‘ foreign news through a sample of 100 constructed weeks, spread out over half a century.

The study is a complement to an earlier, 1993 research by Riffe and others. The original study’s data covered the Times‘ foreign news from 1966 to 1991, and the new study extended that sample to 2015. The authors investigated whether the news referred to information gleaned from other media and whether this use of “borrowed news” correlated with the originating countries’ Press Freedom Index (as reported by the NGO Freedom House).

Indeed, the use of second-hand sources increased in the Times‘ foreign reporting from 1966 to 2015. This trend, however, has not been stable: the decline of original reporting was more distinct between 1966 and 1991 than after 1992. The same is true for the absolute number of foreign news stories: the amount of coverage declined dramatically before 1991 and then stabilized to a lower level.

The authors noticed an unexpected difference between articles written by the Times‘ correspondents and articles from news agencies. While correspondents’ dependency on second-hand sources has increased, wire copy has become more original over the years. Meanwhile, the amount of news wire articles published by the Times has been cut.

As expected by the authors, countries’ scores on the Press Freedom Index affect how much coverage they get and how those stories are sourced. Articles on “not free” countries rely on second-hand sources more than stories about “free” or “partially free” countries. However, the Times seems to have focused its efforts on non-free countries: their coverage has increased, and the use of second-hand sources decreased. The opposite is true for “free” countries, of which fewer stories are published and on which the proportion of “borrowed news” has increased.

The article “News Borrowing Revisited” was published by the journal Journalism & Mass Communication Quarterly. It is available online on the publisher’s website (abstract free).