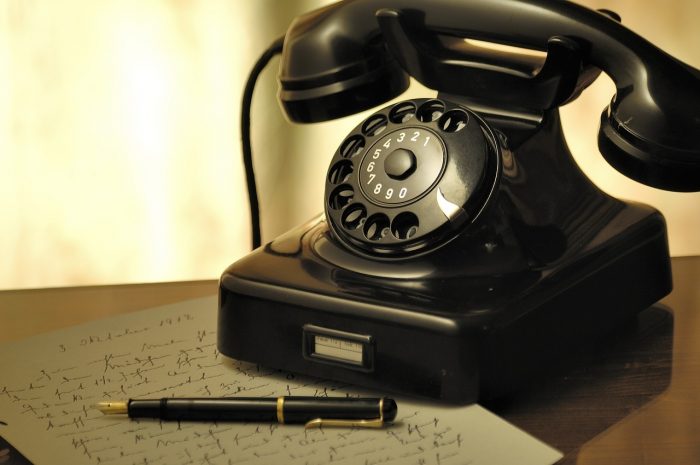 An article by Will Mari, of Northwest University, explores the early adoption of telephones into newsrooms. Mari recounts the telephone’s story through a wide sample of (mostly US) journalistic trade publications from 1920 to 1960.

While the telephone started to spread to newsrooms already in the 1800’s, its proliferation was slow at first. After becoming more common throughout the business, all too familiar-sounding worries emerged: journalists were warned of being duped by callers pretending to be someone else, and reporters were admonished for becoming lazy and overly reliant on the device.

As time passed and the telephone became a newsroom staple, its use was normalized. Newsrooms invested heavily in radio cars and demanded journalist learn telephone etiquette and enunciation. Some veterans wistfully reminisced about the days before telephone and humorously imagined distant futures in which newsrooms would be automatized to a point in which drinks would be dispensed by machines (rather than junior staffers).

Overall, the introduction of the telephone caused a variety of opposite effects, Mari writes. It took away reporters’ freedom (as they became more tightly tethered to the newsroom), but also increased it (by allowing them to reach out to distant sources and sources that would not speak face-to-face). New technology made the old obsolete, which required both de-skilling (for example, of telegraphers and re-writers) and and up-skilling (for example, of reporters and typesetters).

The article “Technology in the Newsroom” was published by the journal Journalism Studies. The article is available online through the publisher’s website (abstract free), or through the author’s Academia.edu profile (open access).