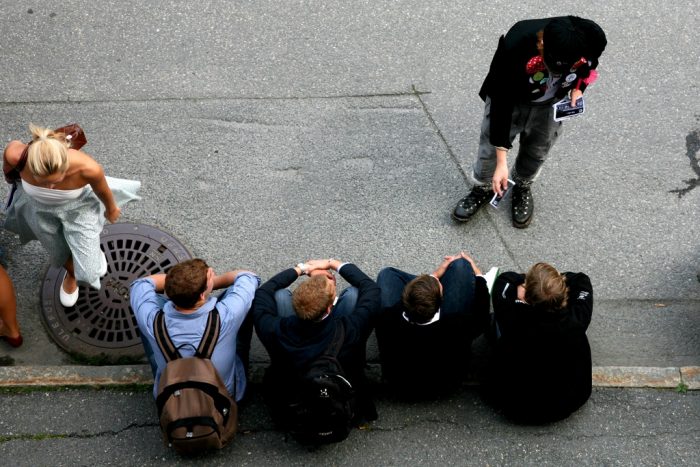 A news story shared by someone with a different political ideology will appear more biased, than if same story was shared by someone with the same political affiliation. Tae Kyoung Lee and Kevin Coe, both of University of Utah, with Youngju Kim, of Konkuk University (names not in original order) came to the conclusion after conducting an online experiment with 265 Americans.

The authors recruited participants that identified either as Republicans or Democrats, and then had them read a neutral news story attributed to the news agency Associated Press. The story was same for all participants, and they all were told the news had been shared on Twitter by someone. The participants were presented with four different versions of this supposed news-disseminator: either a Republican or a Democrat, and either someone with few (21) or many (503 000) Twitter followers.

As expected, the participants perceived the news as more biased when it was shared by someone from the other party. This effect was particularly strong in Republicans – while Democrats, too, exhibited similar attitude, theirs was “marginal” in scope.

Follower count affected Democrats and Republicans in opposite ways. High follower count strengthened Republicans’ impression of bias, while Democrats were more suspicious of Twitter users with only few followers. In other words, Democrat-leaning Americans seem to consider high follower count as a sign of credibility (regardless of political affiliation), while Republicans are more skeptical about people with such a mass appeal. On an interesting side note, only 62 per cent of the participants were able to correctly recall the number of followers the fictitious Twitter user had – in comparison, 94 per cent remembered the person’s political affiliation.

The article “When Social Media Become Hostile Media” was published by the journal Mass Communication and Society. It is available online on the publisher’s website (abstract free). The article is also available on ResearchGate.net (open access).