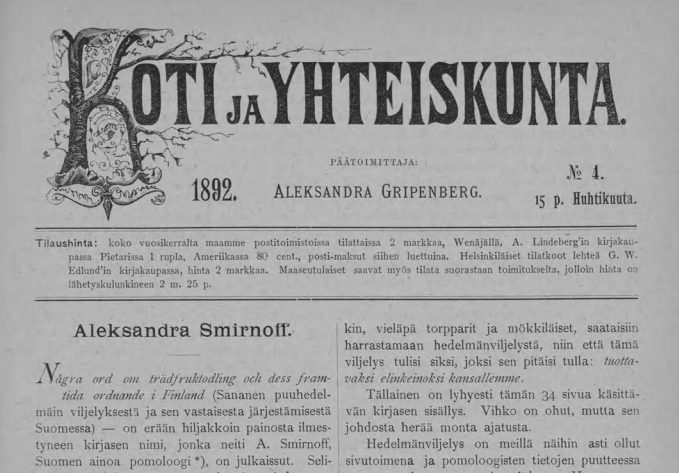 The publishers and editors of the early Finnish women’s magazines watched and learned from their foreign colleagues and the first magazine in Finland was published in 1782. They copied and adapted different genre characters such as magazine titles, content topics and textual styles. The magazine survived less than half a year and the next two publications appeared not sooner than 70 years after.

Only the fourth women’s magazine Koti ja Yhteiskunta  – Home and Society –  (1889–1911) managed to create a permanent readership. How did the publishers of the first four magazines choose, adopt and localize this particular international magazine genre? ask Maija Töyry.

The abstract of the article is available here for free.