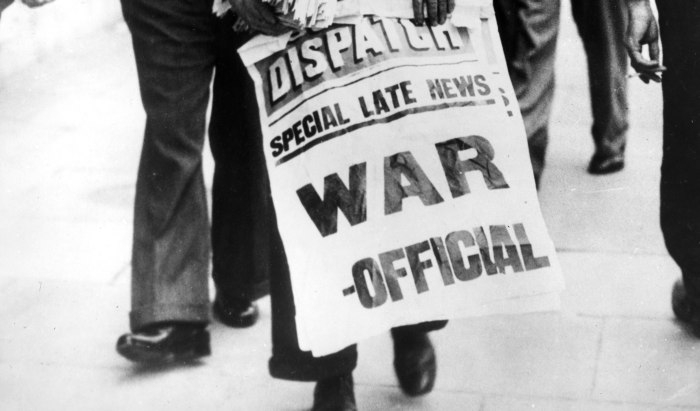 Did newspapers demonstrate editorial independece or support the patriotic cause of the state during Second World War? The article The vapourings of empty young men? Legacies of their hostility between 1916 and 1918 in British newspaper treatment of conscientious objectors during the German blitzkrieg and invasion scare of 1940, was published recently in Journalism Studies.

This study by Tim Luckhurst of the University of Kent examines British newspapers during May and June of 1940. It seeks to establish how prejudices displayed during the First World War reappeared in journalism published during this most desperate period of the Second.